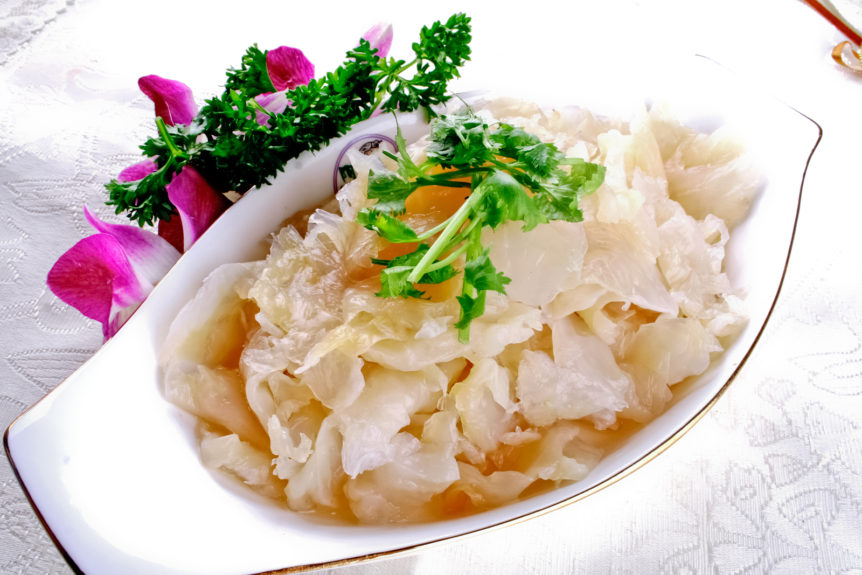 Food habits are constantly changing, and today’s diet is a far cry from what it was for many of us growing up. However, Brits can expect to see a massive rejig of our weekly dinners over the next few decades, as a recent report on the future of food reveals we could all be dining on jellyfish for dinner by 2025.

Thanks to increasing awareness of nutrition, most of us who grew up on white bread jam sandwiches and TV dinners can now be seen making wholesome packed lunches for our children and cooking homemade meals full of vegetables and protein for the majority of the time.

What’s more, we are becoming increasingly conscious of how food is produced, leading to a rise in the number of vegetarians and vegans in the UK. Even those who haven’t given up animal products entirely are opting for ‘Vegan-ary’ or ‘Meat-free Mondays’ in a bid to reduce the amount of meat they consume. Indeed, according to The Vegan Society, demand for meat-free food products increased by 987 per cent in 2017.

However, while these changes over the last couple of decades are significant, they are nothing compared to what is set to occur in the future, if expert predictions are correct.

The Future of Food Report, commissioned by Sainsbury’s, futurologists Department 22, food historian Dr Polly Russell and plant scientist James Wong, suggests we will be swapping traditional meat for insects; lab-grown meat will become the norm; and eventually, we might even be using patches that contain all the necessary nutrients we need instead of actually eating food.

Claire Hughes, head of quality and innovation at Sainsbury’s, said: “Sainsbury’s has been feeding the nation for 150 years, starting with butter, right through to the incredible array of products available today.”

She stated the next 150 years could see more drastic changes to our diet, as “the current foods we eat aren’t sustainable for a growing global population”.

By 2025, the report estimates we will be using food as prescribed medicine; we will drink algae milk lattes instead of nut-based alternatives; and we will reduce our reliance on wheat, maize, rice and soybean by using insects as ingredients instead. This includes having cricket flour in cakes, grasshopper pasta, and rare produce like morgana, kedondong and Bambara groundnut will become the norm.

The next five years will also see us eat jellyfish for our traditional chippie suppers, as it is full of vitamin B12, magnesium and iron, and low in calories. More of us are also likely to convert to vegetarianism, with a quarter of all Brits expected to go meat-free, an increase from one in eight today.

By 2050, cultured meat could become an everyday item, while barren landscapes could be utilised for farmland due to new technologies by 2169.

However, by then, we might not need real food anyway, as artificial intelligence developments could mean we receive our full nutritional quota with a patch or pill.

Despite this, Dr Russell stated even if this happens, “food will still play a key part in our emotional, social and psychological wellbeing”.

Back in 2019, it is worth enjoying food while it is still as we recognise – get in touch with us today for bespoke catering menus in Yorkshire.